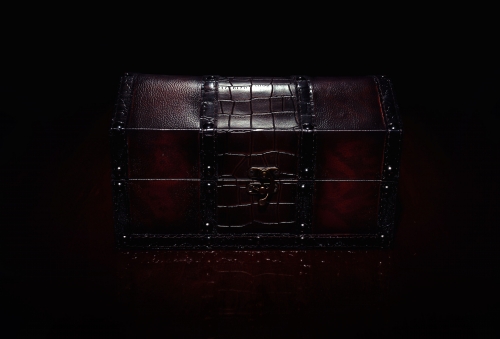 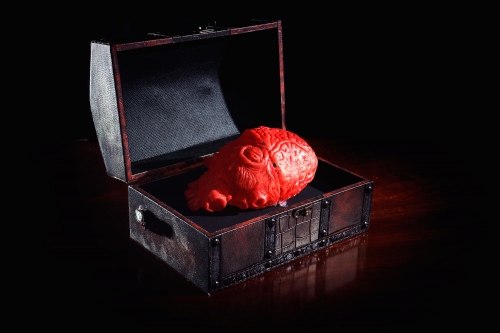 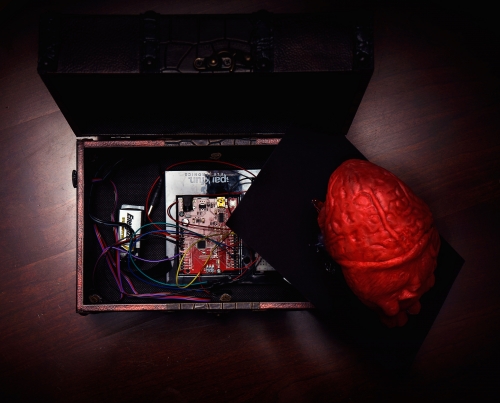 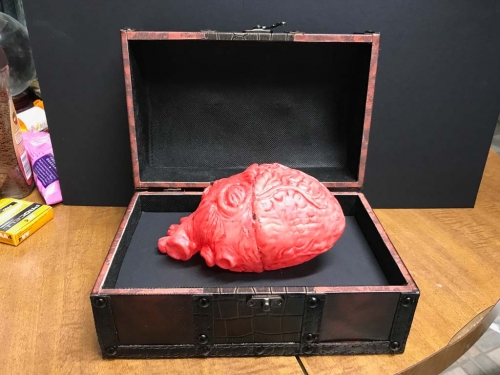 Box of Life’s Rhythm is a self-reflection interaction with a box containing a beating heart. The interactor opens and holds the box. As they hold the box, their index finger will lay on the pulse sensor that is located on the left side. Once the pulse is detect, the heart within will began to beat matching the interactor’s own heart rate. Four red LEDs will light up. Two LEDs are static. They illuminate the box and heart. The other two LEDs will pulse to the rhythm of the interactor’s pulse.

*This piece is merely part of a larger idea. There would be two boxes on display facing one another. As the interactors hold onto the boxes, each heart would beat to the other person’s heart rate.

The emotional response expected from this piece would be the feeling of being disturbed but some individuals might be excited and interest. The personal value of the piece was the physical build. Trying to piece together all the components into the box was a challenge. Redesigning the heart to beat with a servo motor. Wires breaking over and over again. The rubber band in the heart not sticking until adding massive amounts of hot glue. A faulty pulse sensor. Even with all those challenges, the build was completed and works as planned.

The concept of the piece originally bigger scaled interaction that required two people to complete the “circuit”. Once the “circuit” was completed the wavelength would be displayed on the wall along with LEDs that would change color and brightness based off of the signal.

Original Description of “Coupling” – It takes two to be one…

2 people lay their hands on two metal plates. There is one in the middle between them forcing them to “hold hands”. Once their hands are touching the plates, a frequency or current would transmit through them both to the middle column. While this is happening, a picture/video of their unique wavelength is show. Based on the wavelength, LED panels would changs colors based off that signal. The resulting expressions would be curiosity, excitement, and Unity. 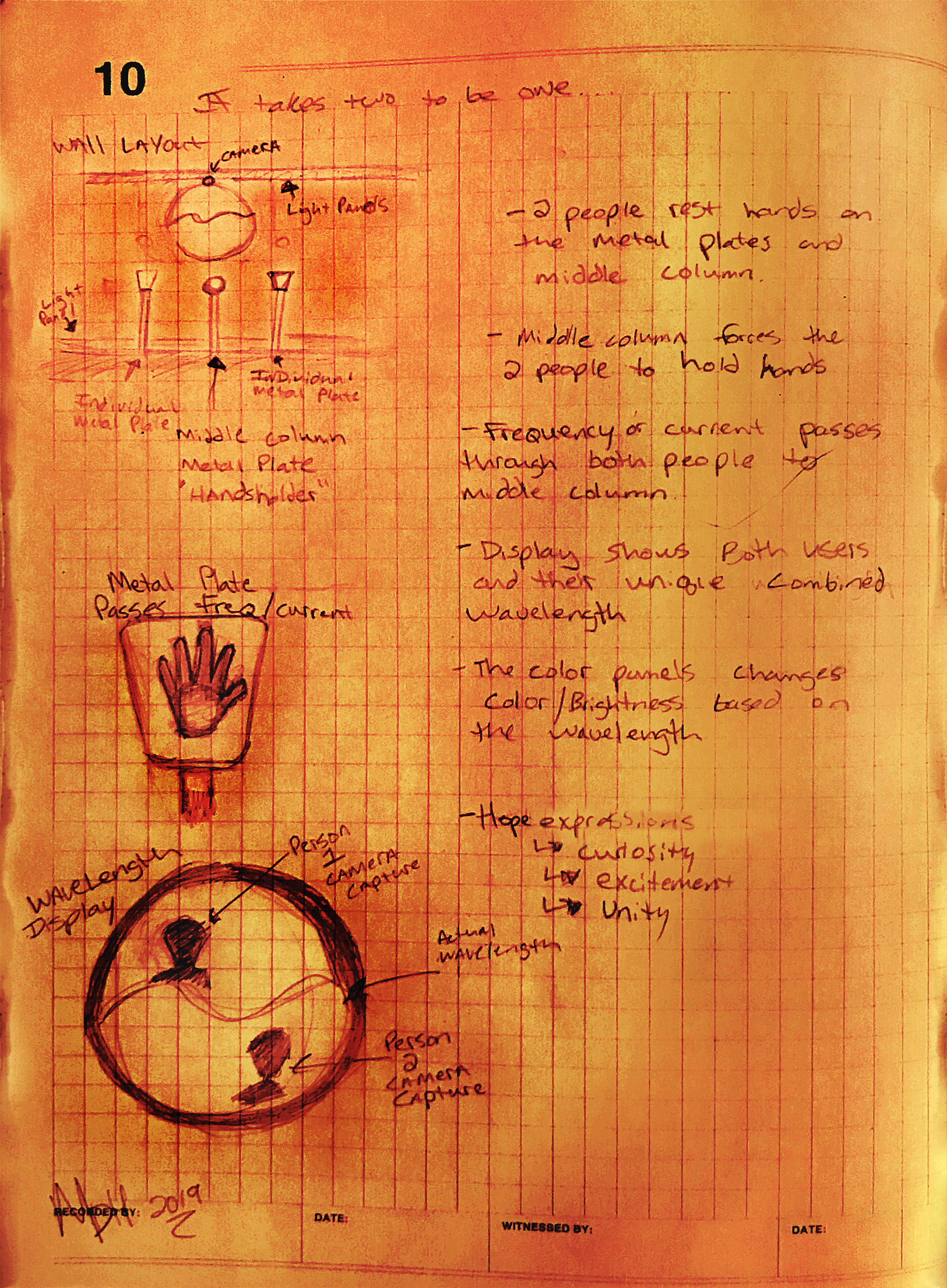 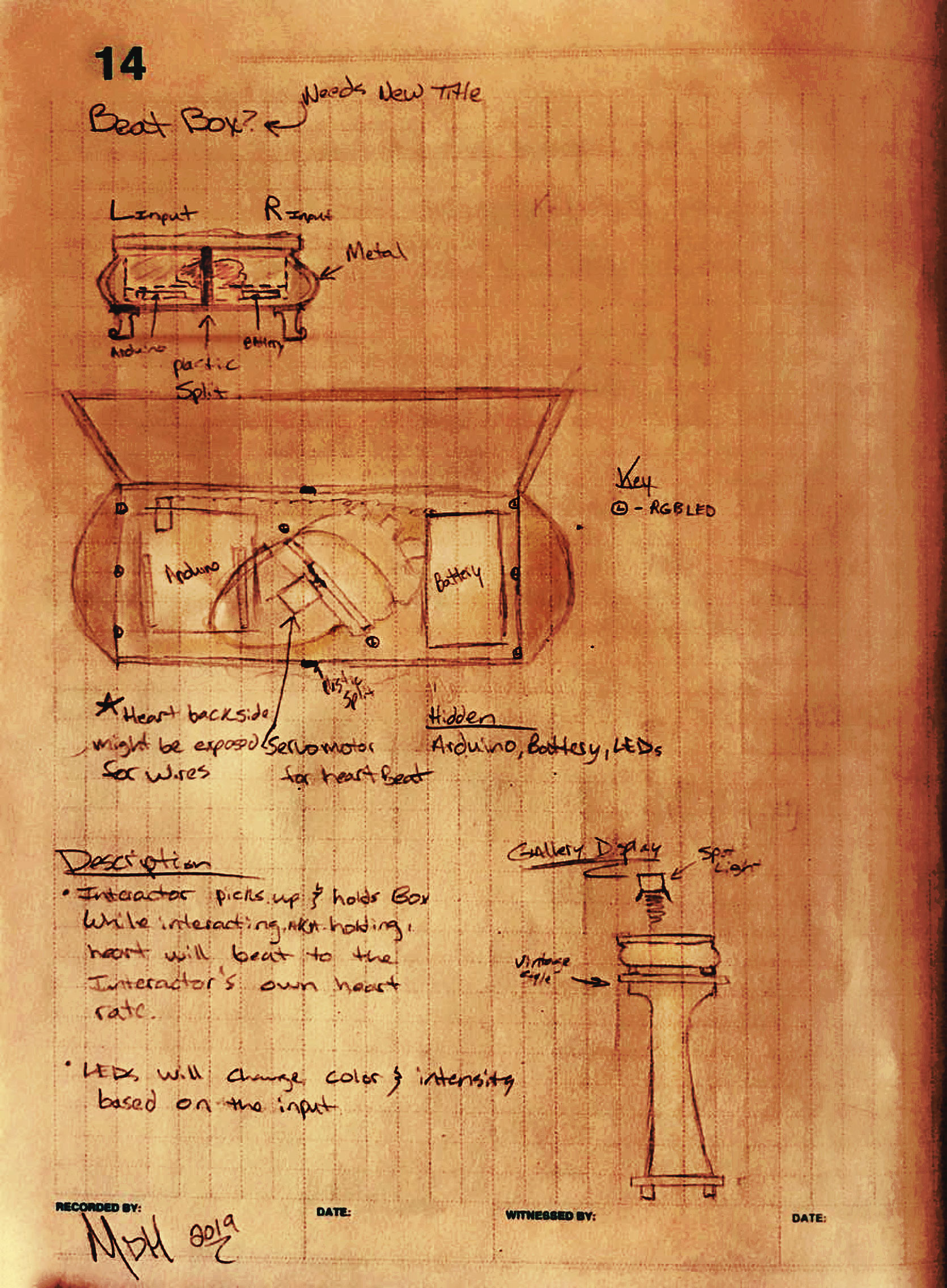